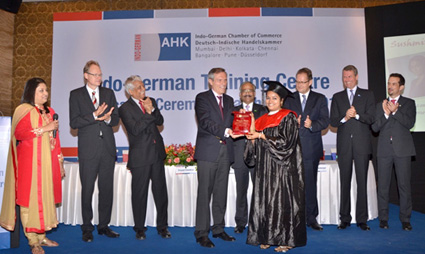 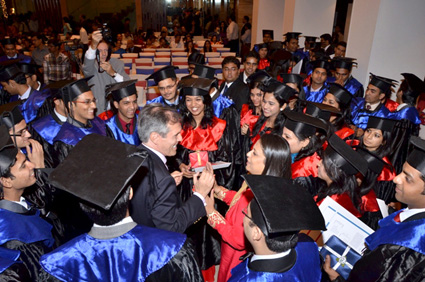 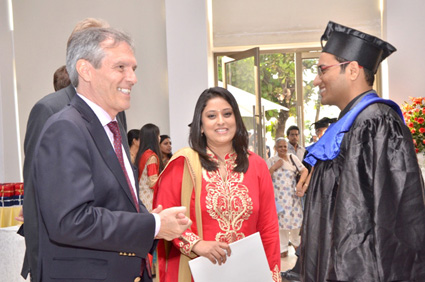 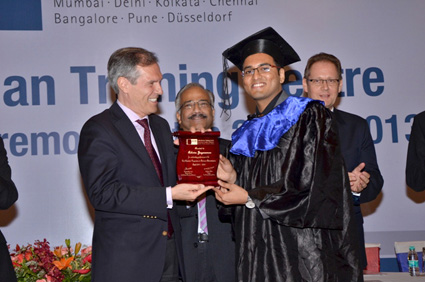 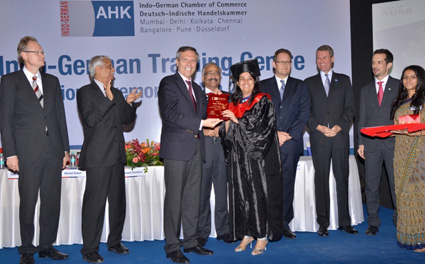 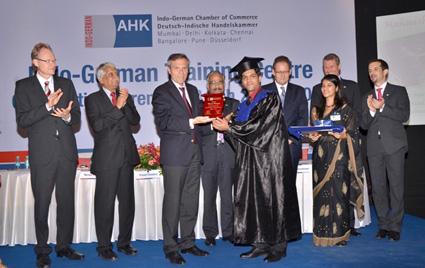 Dear Graduates, today is your day! You have successfully concluded 18 months of Vocational Training: 12 months of it in the Indo-German Training Centre, and 6 months of practical training in the real world, in a company.  I am sure, this was at times quite tough, no piece of cake, kein Zuckerschlecken, as we say in German, and quite a challenge to pass the final exams.

But you made it! Your efforts are paying off now. Many of you already have a job-perspective, and the others are now well equipped to get one soon.  The training you enjoyed is quite special: the famous German Dual System of Vocational Education & Training: The right combination of theoretical learning and practical training.  You know that even the American President praised this system in his most recent State of the Union address. It is indeed one of the key ingredients to Germany’s economic success.

And IGTC did even more: It taught you how to learn! This is so important because in your professional life learning will not end but accompany you throughout your career.  It will open you the doors, also to Germany, Europe and the world as a whole.

The ties between India and Germany are deeply rooted in history.  While you were going through your 18 months of vocational training, we celebrated 60 years of diplomatic relations with a Year of Germany in India and an India Year in Germany.  With the Year of Germany in India, we reached more than one million Indians proving that Germany is indeed attractive to Indians, especially the young, and that we are ideal partners.

India needs good education and training for 500 million young men and women by 2022 (PM Singh).
German companies need well qualified, skilled young Indians. The shortfall in the skilled workforce in Germany increases year by year. By 2025, it will have reached 6.3 million i.e. a huge number of vacancies to fill!

Germany has in recent years developed a welcoming environment for young professionals and their families through:

In terms of joint scientific output with Indian researchers, Germany leads the way and is second only to the US.  The German language training in Indian schools is expanding greatly: Through our partnership with 1000 KV schools, we aspire to reach the magical number of one million German learners in India by 2017.