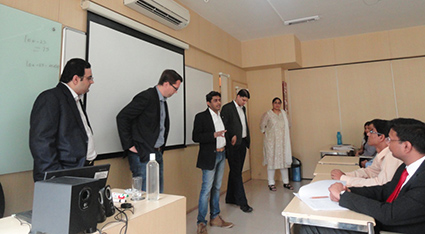 The interactive session with the Bayer team 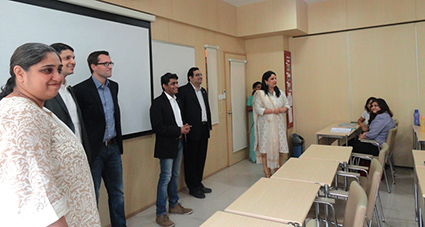 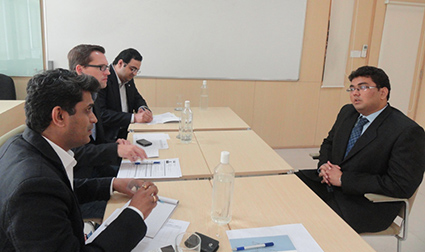 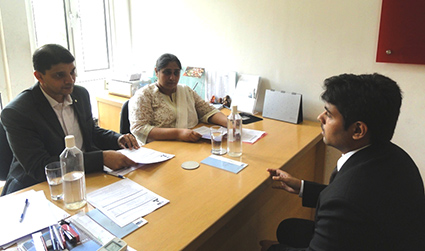 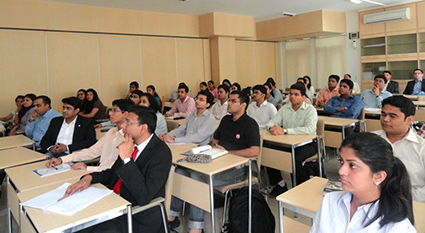 Bayer conducted a Scholarship Program called “Championing Success” for the IGTC students of Batch 2012-2014 in September, 2013. The Bayer Scholarships are an effort to recognize and appreciate meritorious students across colleges as well as management programmes such as IGTC. The rigorous and exhaustive selection process conducted gave weightage to consistent academic brilliance, an Online Assessment Test which evaluates a student’s speed and accuracy and then finally a personal Interview on the Bayer LIFE Values.
The personal Interviews on Bayer’s LIFE Values were conducted by the Bayer team consisting of Mr. Vaibhav Rane, Mr. Percy Bamboat, Ms. Priya D’cruz from the Human Resources Department, Mr. Anand Srinivasan, Head- Supply Chain and Mr. Marco Schmidt, Executive Officer Corporate Business Services of the Bayer Group in India.
A total of 16 students were shortlisted for the personal interviews and three bright students from Batch 2012-2014 – Tasneem Muchhala, Rohan Vaidya and Shamit Jana were selected as the Bayer Scholars. They are entitled to receive a scholarship amount of Rs. 50000/- each on their Convocation Ceremony in March 2014.