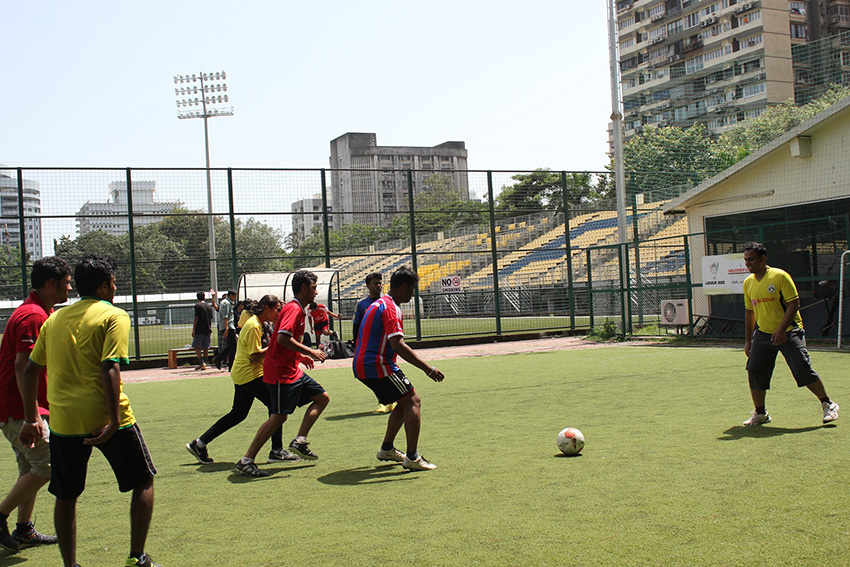 The Cooperage Ground at Cuffe Parade, Mumbai was echoing with the sounds of delighted cheering and the frequent thuds of the football being kicked on Thursday, 3rd September 2015. In what turned out to be one our most spectacular days, a hundred and thirty seven students consisting of seniors and juniors along with the IGTC Management Team were in the middle of a full-fledged tournament that had star players, photographers, commentators, cheer leaders and of course, a roaring crowd.

There were two groups in the league stage consisting of four teams each. Each match was for a duration of 5 minutes per half, and two matches went on simultaneously on adjacent grounds. Amid budding fan followings for “stunning footwork” and “brilliant goals”, the team spirit, team bonding and discipline experienced amongst players, student referees and supporters was a key learning that we all took back.