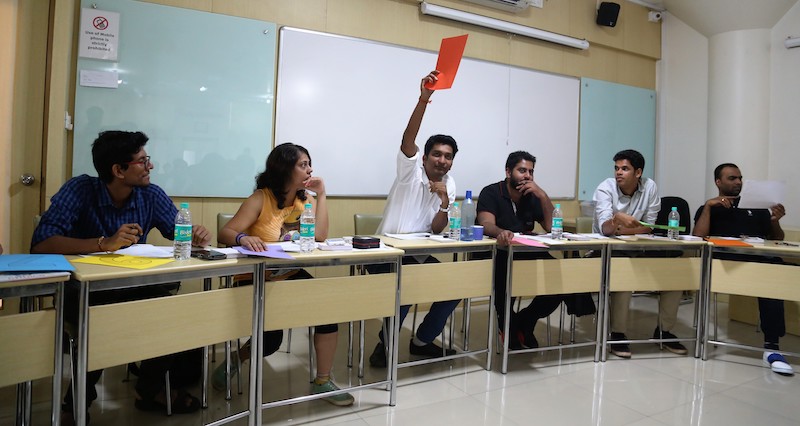 Captains bid for their teams. 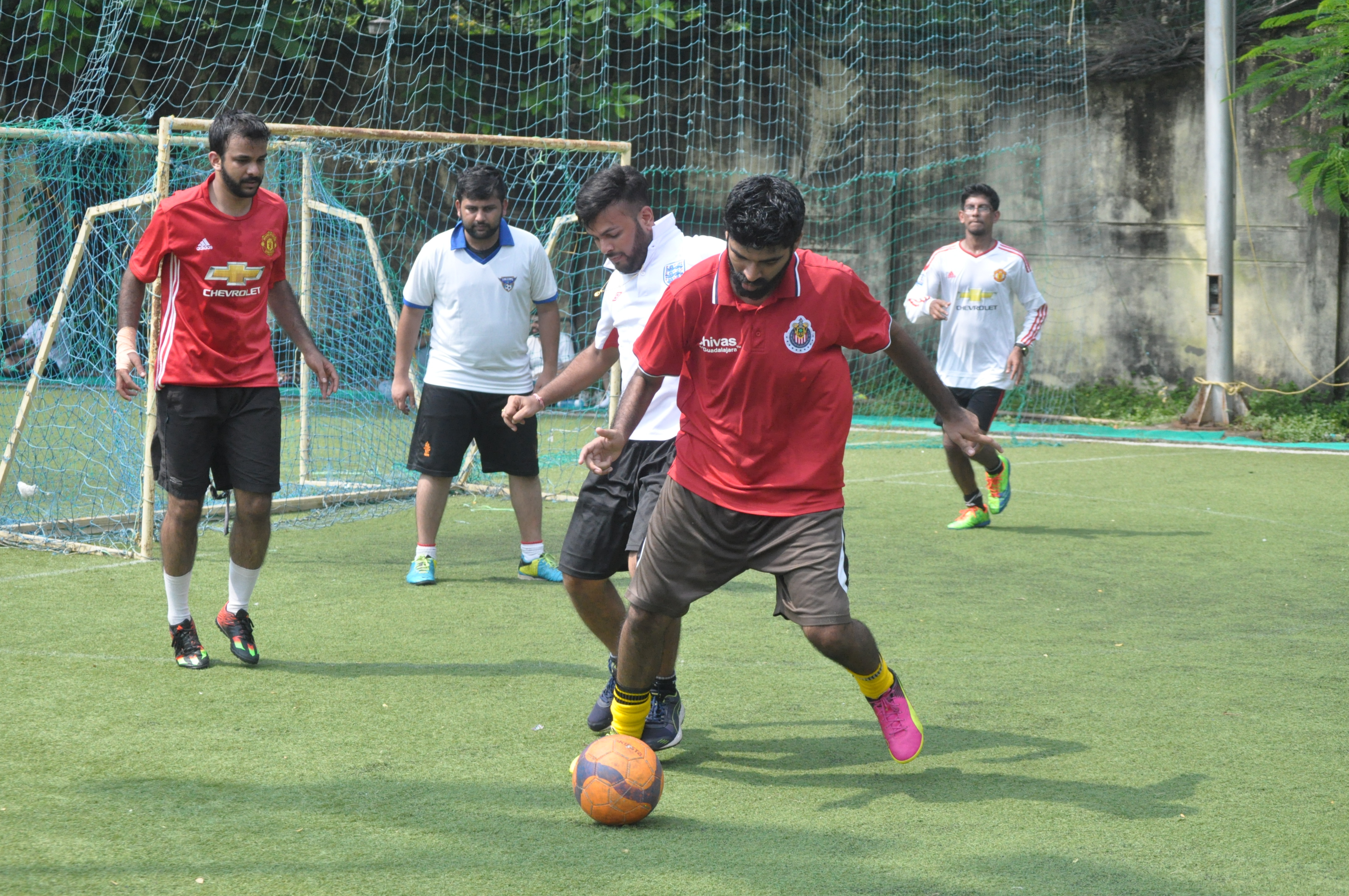 Together we aspire, together we achieve, IGTCians at heart, phenomenal we will be!!

One day, One trophy, Eight teams, 72 players, a fierce battle for glory!!!

Sometimes there are events that make one wonder, “That’s too coincidental to be a coincidence”. When IGTC announced Saturday, 7th October 2017 as the day to host our first ever ‘Football Meisterschaft 2017’, little did we know that it would synchronize with the opening of the FIFA U-17 World Cup in India and the culmination of the German Days in Mumbai hosted by the Consulate General of the Federal Republic of Germany and the Indo-German Chamber of Commerce. And hence, when such coincidences happen, they end up raising the spirit of the game to a different level altogether!

The IGTC Football Meisterschaft was conceptualized to celebrate the IGTC Anniversary and to bring the current students and alumni to bond together over their most loved activity! With all fervour, the IGTC management and current students brainstormed to plan it as a ‘6 vs 6’ league with 8 teams captained by IGTC alumni. Voluntary participation was welcomed from all PGPBA and EBMP alumni and students. And to select the final players and teams, an official IGTC Auction was organized on Saturday 16th September 2017. No one would have ever envisaged the intensity, seriousness and strategies with which the 8 captains engaged in the auction. Every captain desired nothing but the best players. By lunchtime, we were ready with the 8 teams – Outta Shape FC, Despacitos, Die Schwarzgelben, Team Bonita, Green Blazers, White Hawks FC, Footbrawlers and Team Charles.

On the chosen day, teams marched onto the Cooperage Turf amidst sounds of delighted cheer followed by frequent thuds of the football as the teams warmed up. The ground was packed and the rules were set by the referees, who blew their whistle to begin the knockouts between both the pool teams. 12 league matches were played with all determination. Adrenaline levels rose as over a dozen goals were scored during the day. Points started adding up on the score board, and finally we had identified our 4 semi-finalists – Outta Shape FC and Despacitos from Pool A and Team Charles and Die Schwarzgelben from Pool B. The supporters cheered crazily as the semi-finals began. Everyone had their favourites and they didn’t spare any efforts to express themselves. It was the survival of the fittest. Outta Shape FC and Team Charles defeated Despacitos and Die Schwarzgelben respectively to march into the finals.

As scheduled, Mr. Bernhard Steinruecke, Director General, IGCC joined the IGTCians to witness the grand finale. The two captains – Krishna Raghavan (Outta Shape FC) and Sanket Shinde (Team Charles) joined the referee for the final toss. Mr. Steinruecke and Radhieka Mehta did the formal handshake with the entire team, wishing them well for the finale.
It was the moment of truth for all the IGTCians present on the turf, as the referee blew the whistle for the final match. The match was intense from the first minute with Outta Shape FC dominating it significantly. The bar was raised when Dirk Gonsalves scored the first goal for Outta Shape FC. Team Charles remained focused, gave them stiff opposition and played an attacking game. The score was 1-0 in the first half.

At half-time, the teams converged to revisit their strategies and boost their levels of motivation and team spirit. Team Charles intensified their level of attack but unfortunately in vain. In the last few minutes, Tejas Pinto scored the second goal for Outta Shape FC to establish the fact that no one could come close to friendships established during IGTC years – the trio of Krishna Raghavan, Dirk Gonsalves and Tejas Pinto from Batch 2013 – 2015. As the time ran out and the referee blew the whistle, IGTC had the first team champions for their Football Meisterschaft 2017 trophy – Outta Shape FC!!

The trophy was awarded by Mr. Bernhard Steinruecke, Director General, IGCC along with Ms. Radhieka Mehta, Director, IGTC to the team captain, Krishna Raghavan from the winning team. Dirk Gonsalves was declared the top goal scorer with 7 goals in the tournament. Certificates were handed out to all the participants of the winning and runners-up team.

The glory shall lie in the name of Outta Shape FC until IGTCians find another team next year to hold the prestigious trophy.