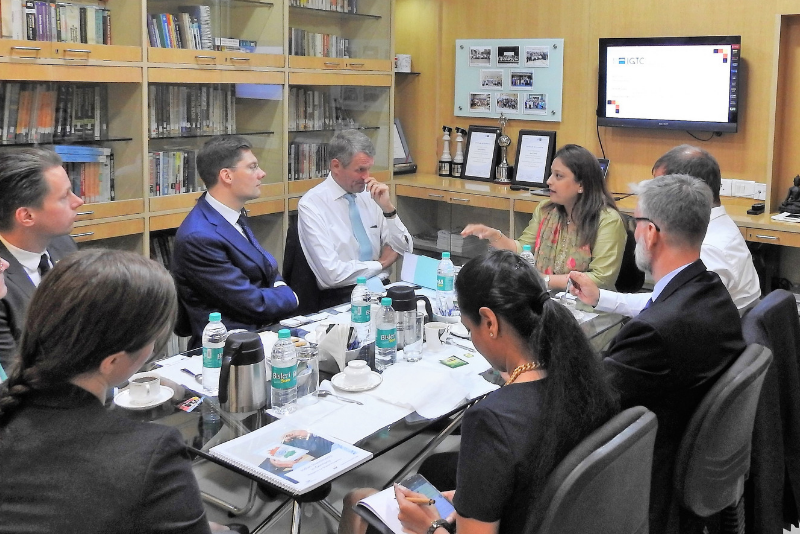 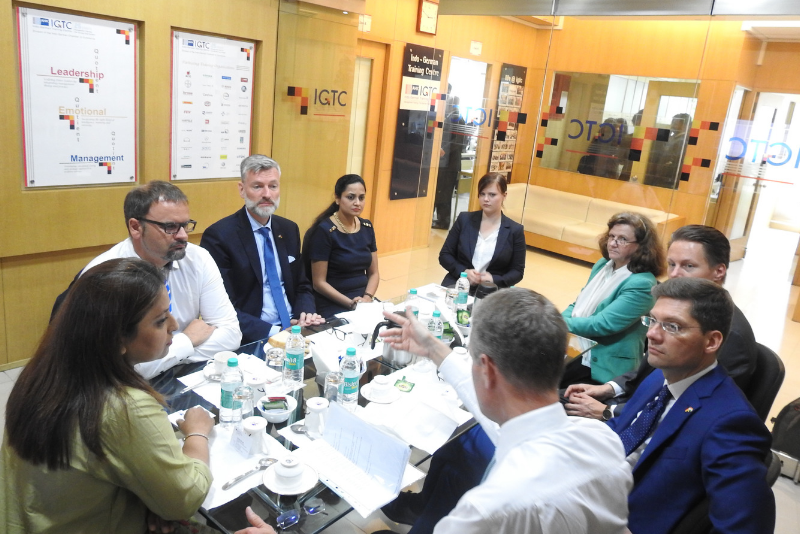 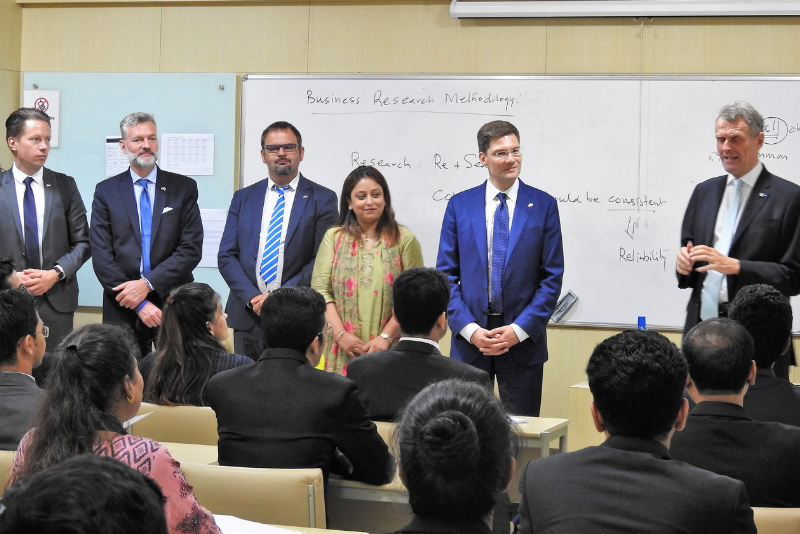 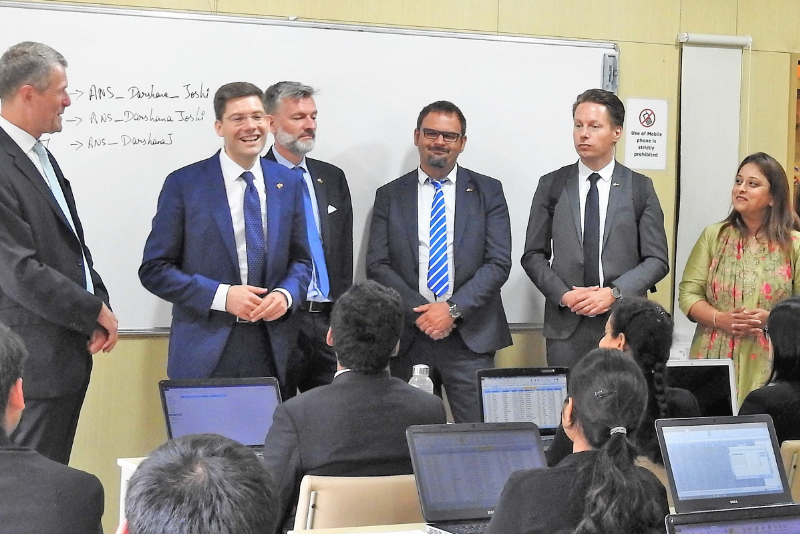 The delegation was received by Radhieka Mehta along with the IGTC team and the PGPBA students. She gave the delegation a detailed overview on IGTC, its various programmes, number of students and managers trained so far and how IGTC continues to shape the future of students, while being the most respected platform for German companies in India. Some of the IGTC students showcased their fluency in German by greeting Christian Hirte and the delegation in their native language. They expressed their happiness with the overall IGTC experience, the learning opportunity in class and their training companies, as well as their recent intercultural learning trip to DHBW, Karlsruhe.

Christian Hirte, one of the youngest Member of Parliament, was quick to identify with the student audience and addressed them enthusiastically about their unique positioning in the world market. He mentioned that India was progressing in the developed world, especially the IT industry. He focused on the unique opportunity to collaborate India’s IT sector with the German manufacturing sector, which would be beneficial for both the countries. “With your IT industry, I think we can create an economy industry 4.0 together, that will not only not only foster the relationship and collaboration between our countries but also bring forward both of our countries and companies in Germany and in India”. He concluded saying that IGTCians have a very great and bright future by participating in the dual system of education being imparted to them with the engagement of German companies such as BASF, Bayer, B.Braun, Bosch, Deutsche Bank, DHL, Haefele, Schaeffler, Schott Kaisha, Siemens among many “I think it is great that you have taken this step and joined this course as it will change our life. You will have a big opportunity for a prosperous life in the future”, encouraging the students to keep in touch with Germany.

Bernhard Steinruecke, Director-General of the Indo-German Chamber of Commerce, who accompanied the delegation, also gave his welcome address to the PGPBA students. “IGTC is a lot of hard-work, and we appreciate the trust that you have put in us. In return, we also have a lot of faith in your strengths and abilities and hence this will be a win-win story for everyone – you, the German companies and IGTC. To get qualified people is the biggest challenge that we face in India as well as in Germany. You are the back-bone of the future, and I can promise you that after these 18 months of training, you will be a different person.” He also gave his traditional German speech to the students, assuring them that it was an easy language which they can master in no time, since in Germany “even little children and tiny tots speak German!”

The delegation concluded positively, expressing hope for a deeper collaboration between India and Germany in terms of skills and growth in every sector.